For further information on the Trades House, please click on the button below. 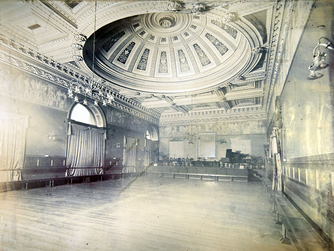 The Grand Hall circa 1903.
The Grand Hall
Much of this room, which originally formed the entire first floor, has changed since it was completed over 200 years ago.   The room is symmetrical in design, its three large arched windows and two smaller rectangular windows flood the room with light.   Above the central window is the Trades House Coat of Arms.

The ceiling has been replaced twice the first time in 1840 by the architect Hamilton and secondly in 1953 by Underwood.   The Adam Drawing in the Trades Hall initial page, shows the idea that he had at the time of presenting the plans.   We are fortunate in having a few photographs from circa 1903 which shows the ceiling as designed by Hamilton. 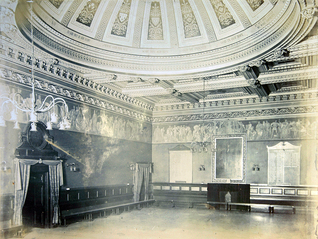 The Grand Hall circa 1903.
The image to the left shows the hall prior to central heating being installed and curtains were used over the doors to keep out cold draughts.   The dome had the arms of the Incorporations painted higher up, with the mottos on the rim of the dome.

The Grand Hall is the major room in the building and is used for formal dinners, weddings, functions, lectures etc.   There are numerous points of interest in the hall and each may be viewed by looking at the sub menus under Grand Hall.

The photographs below show the Grand Hall as it is today: 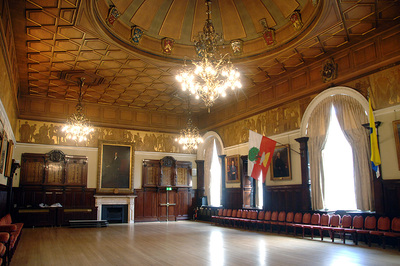 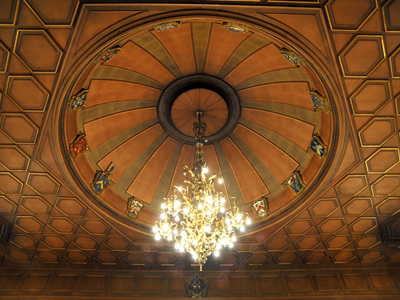 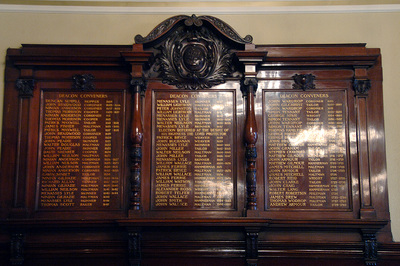 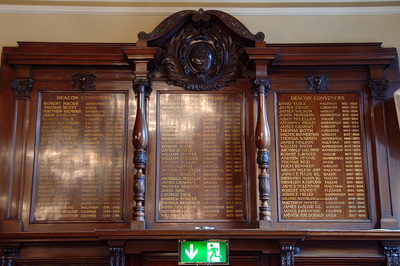 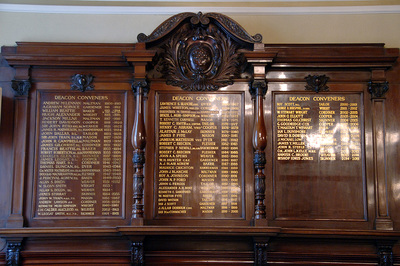 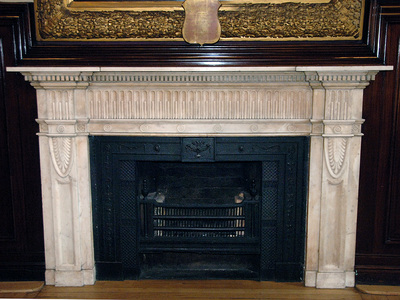 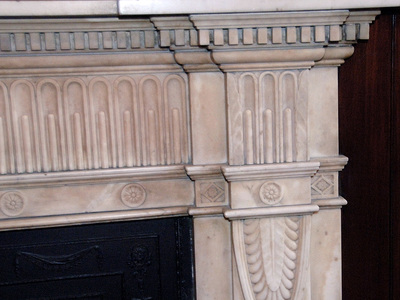 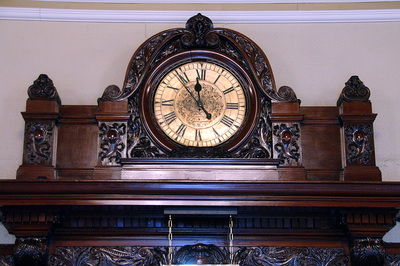