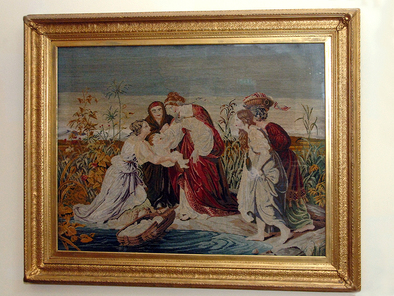 Initially the school was only for boys, the sons of freemen, but in 1838 girls were admitted.   By 1844, 216 pupils attended the school, half of them boys and half girls.    During their four years they were taught reading, writing, arithmetic, geography, church music and the principles of religion.   A female teacher taught the girls needlework and knitting. 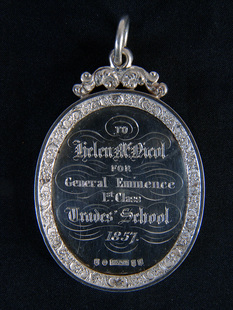 Silver Medal presented to Helen McNicol for General Eminence in the Trades Free School 1857.
The tapestry the Finding of Moses , above, was made by one of the pupils and won the Trades School prize.   These prizes were often silver medals.

The image to the rights shows the medal presented to Helen McNicol for General Eminence in 1857.   Pupils sat four exams each year; those who failed to make the grade in spelling and reading were given extra tuition by the female teacher to them up to scratch.   Literature was considered very important and the school had its own library housed in large bookcases in the schoolroom.   During one session the pupils borrowed over 1600 books. 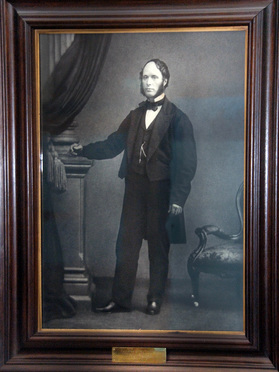 Thomas Struthers, Headmaster of the Trades Free School, from 1845 to 1866.
To help pay the staff costs, each of the Trades contributed fifteen shillings a year towards each pupil it sent.   By 1839 the school had two male teachers who earned £100 per year, and one female teacher, in the days before equal pay,  who earned only half that amount.

The school principal  from 1845 to 1866 was Thomas Struthers and his photograph still adorns the wall of the old schoolroom.

The school had clear rules for both pupils and staff  and these make interesting reading.   A copy of the rules can be seen below: 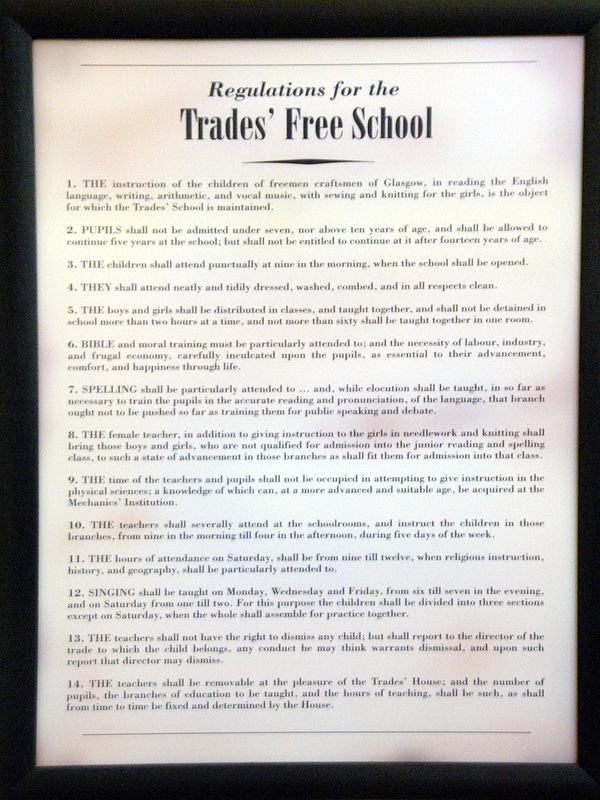 The Education Act of 1872 placed the responsibility for education on the state and saw the end of the Trades Free School.   The Trades Free School continued until 1876.    The names of the students from 1873 to 1876 can be found by clicking the links below:

Roll of Students ~ Craft Index
The photographs below show the museum as it is today.. 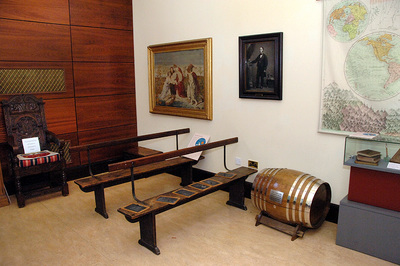 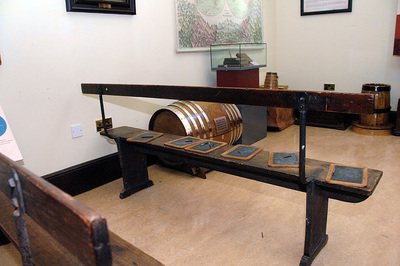 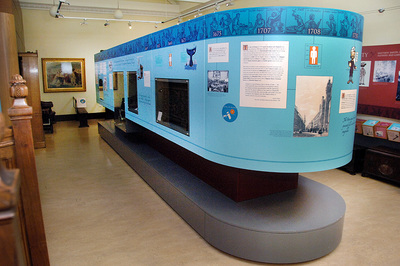 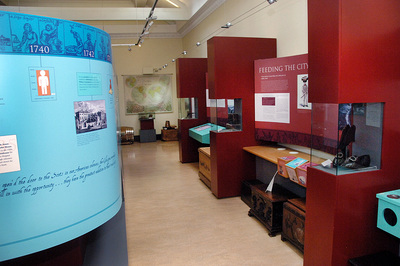 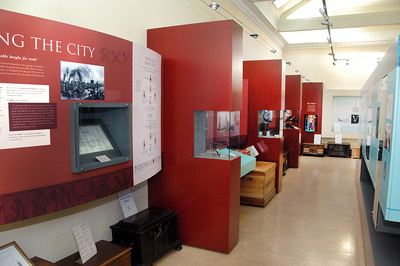 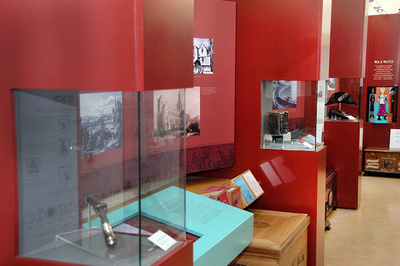 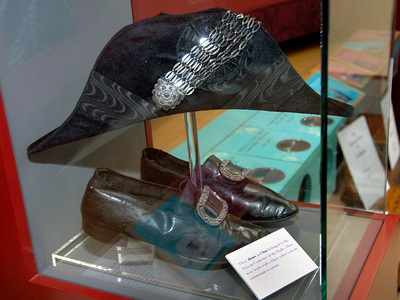 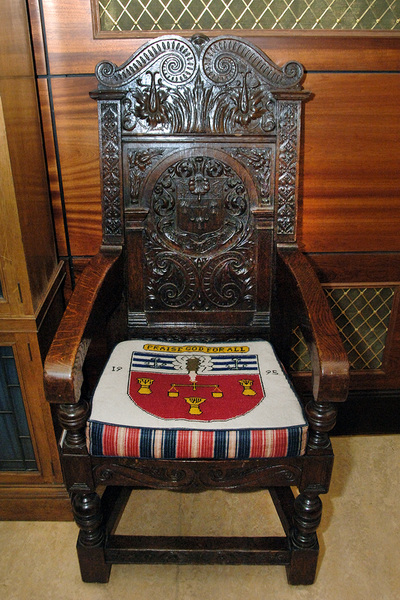